I have encountered quite a few World War II Royal Air Force pilots while conducting Past Life Regression sessions in England.  The cynic amongst us might cry, ‘Predictable’.  The reincarnation researcher would murmur, ‘Of course’, because in cases of sudden violent death, the soul often chooses to reincarnate quite quickly in the place he had known and loved in his previous life.  Naturally, there would be plenty of people in present-day England who had flown in WWII in a past life.

Most of the RAF flyers in the sessions were killed in the air.  The scenes were usually vivid and emotional, although some pilots experienced their death with an uncanny calm and a sense of inevitability.  Some scenes simply blacked out as the plane was hit.  (In those cases, either the pilot died immediately or the soul did not wish to remember any further.)  In some sessions, memories continued as the plane burned, as the pilot fought for control as the craft went down, as he braced for death.

There was one particular RAF pilot whom I will always remember due to one unexpected detail.  As his plane went down, his every thought, his love, his desperation, was for his wife and child.  In Poland.  He was a Pole flying for the RAF.  (And yes, it is historically accurate that there were Polish pilots flying for the RAF.) 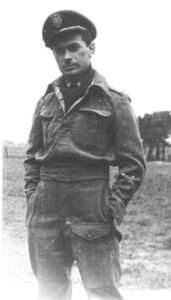 Understand that in the English imagination, there is honor and glory attached to being a WWII RAF pilot.  However, it would be a rare Brit indeed who would choose to identify himself/herself as a Polish, rather than an English, flyer.  In Past Life Regression, there is a haunting veracity in the unexpected.

About the Author: Susan Dunlop